So ... it's Saturday as I sit here contemplating the blank screen while the coffee is brewing. Actually, it's not really a blank screen, there's a bunch of icons for folders and a picture in the back ground of ... Well, they say a picture is worth a thousand words so maybe I should just post it instead of wasting a thousand words trying to describe it: 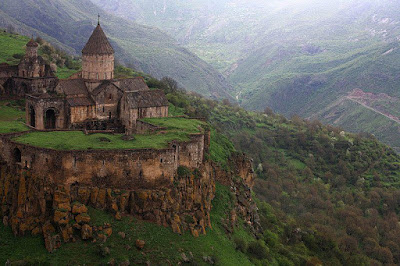 I freely confess I stole it off Facebook, probably posted there by someone who also stole it from somewhere. It's of the Tatev Monastery in Armenia and currently I'm using it as the wallpaper on my lap top. Actually, you should look it up sometime, it was built in the 9th century and it's pretty cool.

Anyway, where was I? Oh yes, the blank screen. And by blank screen I really mean the large patch of whiteness surrounded by pale blue that is a blank document in Microsoft Word. I was going to use this blank document page to make notes on the half dozen or so books I've read in the last month to make it easier to update my Goodreads, but (as usual) I got distracted.

I was waiting for the coffee to finish brewing and started thinking about how it's Saturday and I've done a blog post here every Saturday this month and it would be a shame to break the habit now. So I sat poised to write another wonderfully pithy post and ... nothing. My mind went as blank as the page in front of me.

This is not unusual.

Most of the time I've got tons of ideas. I've got ideas coming out the wahzoo. And they're all jockeying for space inside my head, screaming, "Me first, me first!" But all it takes is sitting down in front of the blank screen for them to bugger off to someplace else. I still have ideas, mind you. Just not the ones I need at that particular moment.

So then I'll check my email and then Facebook, and the next thing you know it's two hours later and all I have to show for my time are some Muppet videos posted to my Facebook page. And I still won't have written whatever it is I wanted to write.

Sometimes, it's not easy being a writer.

People on the outside think there's something magical about writing, that you go up in the attic at midnight and cast the bones and come down in the morning with a story, but it isn't like that. You sit in back of the typewriter and you work, and that's all there is to it.
~ Harlan Ellison

If writing seems hard, it’s because it is hard. It’s one of the hardest things people do.
~ William Zinsser

Writing is so difficult that I feel that writers, having had their hell on earth, will escape all punishment hereafter.
~ Jessamyn West 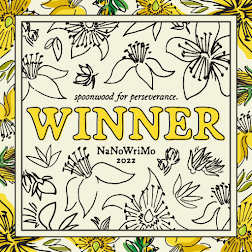